Dad Builds Castle Bed for his Daughter on her Fourth Birthday 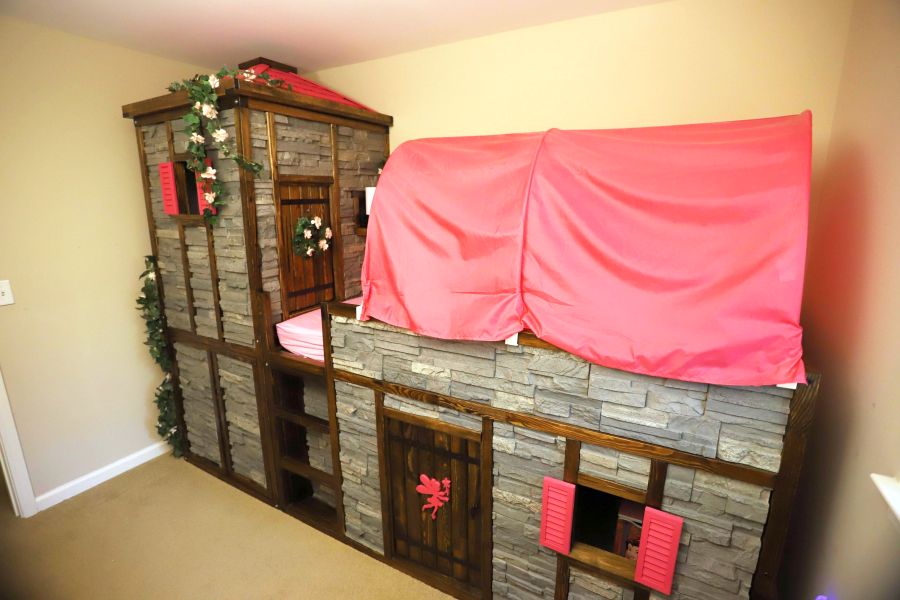 There have been numerous examples of super dads coming up with inspiring creations for their kids. Eric Strong is one them; he has already shown us how good he is at transforming IKEA furniture into a drool-worthy kids bunk bed for his little son. Now, his daughter was in for a treat on her fourth birthday when she got an awe-inspiring Fairy Princess Castle Bed made by daddy. Eric used two IKEA Kura beds to build this amazing kids loft bed, incorporating things like remote controlled LED lights, hidden rooms and much more.

Unlike his son (who wasn’t as demanding as his daughter) the little princess wanted pink to be color of choice. For the bed to look like a castle, Eric did a bit of searching and found castle stone patterned panels which were perfect for the loft bed’s theme. Both the IKEA Kura beds were placed adjacent (one placed vertically) to each other in an L-shape to create a castle-like tower. Material from the vertically placed bed was used to create doors and windows for the bed which demonstrates how well Eric planned for this DIY build.

Once Eric created the 3D render of how the final loft bed would look like, it was time to materialize his daughter’s wonderland. Finally, the castle came to life with a sleeping area, a secret passageway, windows, two-floor tower and a sliding bookcase for the little girl to read bedtime stories. And yes we forgot to mention that there is a large photograph of the Neuschwanstein Castle on the wall of the tower next to the window which makes her feel as if she is looking across to one of the neighbors.

It has to be said, Eric is one super dad who has put a lot of effort and time into building this kids loft bed; we expect more from him in the future.